We spoke to Tomislav Matić about the founding of his company “Crypto Future” and developing cryptocurrency “Rotharium” with which he is not only writing the new pages of Austrian history in the field of crypto currency, but is also revolutionizing the international financial market.

Many roll their eyes at the word “cryptocurrency” or immediately dismiss it as a humbug or even a conspiracy. And while we hear stories of scammers trying to steal “real” money with their digital creations, there are also numerous examples of people with hundreds of thousands of euros in bitcoins. But what is hidden behind the mysterious word cryptocurrency and is it really the currency of the future? We asked Tomislav Matić these and other questions.

Crypto Future – the future of the crypto world
After moving to Austria in 1990 and graduating from school in this country, Tomislav worked for the company “Siemens” in the field of telecommunications. He later continued his education in the field of accounting systems, consulting and programming. His career continued his career in a well-known company with 600 employees where he was responsible for IT systems. In 2017 Matić founded the company “Crypto Future” which shortly thereafter became one of the few companies that successfully carried out an ICO – Initial Coin Offering. As one of the first on the market, the blockchain app for product tracking was released two years later. The key to Tomislav’s great success is undoubtedly his many years of experience in the IT industry and his unique ideas with which he revolutionized the Austrian market.

“The company was founded with the aim of creating innovative apps using blockchain technology and thus showing the world that this technology can also be used for simple processes. Our experience has so far not only enabled us to focus on blockchain technology. At the same time, we were also able to integrate all blockchain solutions into those basic IT processes that are already in use in the companies. Thanks to high quality products and trustworthy partners, we were able to realize this vision. I think that this is exactly our unique selling point on the Austrian market.”

“Crypto Future” is now a household name in the world of cryptocurrencies. The reason for this lies in the trustworthiness and transparency of the company. “Many companies that started cryptocurrency projects in 2017 have registered their headquarters on the offshore financial centers (tax islands). Therefore, you don’t know who is behind the company or what happens to your own money. That’s why we founded ’Crypto Future’ in Vienna to make the project even more trustworthy. Of course, this means that all Austrian and European laws on crypto currencies are complied with. Thanks to our work and our great commitment, we have also contributed to the fact that crypto laws are supplemented on the basis of the experience gained from our projects“, said Matić.

Rotharium – coin of the future
The release of the cryptocurrency “Rotharium” from “Crypto Future” took place in 2017. This currency has already been included in the portfolio of the company “Crypto Investments Slovakia”, where experts from all over the world work and offer professional advice and assistance in the field of trading in cryptocurrencies. If you search for “Rotharium” on the Internet, you cannot sidestep the information that this currency is a revolutionary development.

Rotharium is a revolutionary currency because it functions like a voucher and can be used as such anywhere.

“Rotharium is a revolutionary currency because it functions like a voucher and can be used as such anywhere. You can use it to buy goods or services which means that the currency works like a normal means of payment. Another important point is the fact that the value of classic vouchers always remains the same or even decreases due to inflation. If you buy Rotharium for 50 euros, it may happen, however, that after a certain period of time you can buy goods for 200 or 300 euros”, explains Matić.

Since 2017 there have been repeated startups in the field of cryptocurrencies. However, only a few of them withstood various crises. In the past four years, nonetheless, Rotharium and “Crypto Future” managed to master all challenges with flying colors.

“The main reason why Rotharium is a success is our company ‘Crypto Future’, which, thanks to its headquarters in Vienna, is transparent and has shown continuous and healthy growth. In addition, Rotharium was defined as a B2C currency from the start. This means that the currency is used between businesses and consumers in all payment segments. So if you want to buy groceries, use services or rent a car, Rotharium can be used as a means of payment which also increases the demand for the currency”, continues the “Crypto Future” founder.

What: cryptocurrency and one of the first blockchain projects in Austria
On the market since: 2017
Plattform: Ethereum
Today’s price (July 9th): 1,2 EUR
Current CoinMarketCap ranking: 1193
Where to buy: From stex.com, Crypto Investments Slovakia and some decentralized ERC20 stock exchanges
What for: As a means of payment between companies and consumers

With Rotharium you can currently pay in all branches of “Aura Delikatessen” in Lower Austria and new partners will be added in the future. “In the next few weeks we will be posting news regarding this topic. The process we created with the company ’Aura Delikatessen’ is very simple. There are publicly available videos on the internet that explain our simple payment process. The only thing that is necessary for this is that a retailer, a company, an organization or authority defines a wallet for cryptocurrencies and a QR code that is scanned with a mobile phone wallet. Then you choose how many Rotharium you want to send. The entire purchase takes just a few seconds and is very simple.”

Rotharium is also available internationally as the currency is based on the completely decentralized blockchain. “One of the main criteria when programming Rotharium was that the currency could be used internationally and that it was based on a good blockchain system. For this we have selected the ’Ethereum’ blockchain which is of high quality and is widely used in the world. Many people believe that the developers or programmers of cryptocurrencies have the right or the possibility to determine the value. However, given the fact that Rotharium, like other cryptocurrencies, is decentralized, all Rotharium owners themselves have all the rights to their acquired part. I cannot control Rotharium like a central bank or any other agency. Only those people who have the private key for the wallet also have the Rotharium.”

If you are interested in investing in cryptocurrencies, but have doubts about security, you can safely rely on Rotharium. “Rotharium, like other cryptocurrencies, can be purchased on crypto exchanges. The other option is through the company ’Crypto Investments Slovakia’, which provides assistance in buying and selling crypto currencies. The process itself requires certain knowledge of computer skills”, says Matić.

At the end of our conversation, the question arose where Rotharium stands in comparison to other well-known crypto currencies, such as. B. Bitcoins, and what the future forecasts look like. “If you compare Rotharium to Bitcoin, which has been in existence for 12 years, then we can, for the time being, only guess where our currency, which has been on the market for three and a half years, will be after such a long time. Rotharium has mastered all the turbulence and we all know how many cryptocurrencies have been developed since 2017 that are no longer on the market today. We have noticed a surge of interest in Rotharium lately. I perceive the currency as my baby I brought to this world and which I am now watching as it grows up. As with everything else, the value is defined by supply and demand”, summarizes Matić.

In contrast to Bitcoin or other cryptocurrencies it was already defined with the programming of the code that the number of Rotharium cannot be increased in the future. This means that the maximum number of currency that is in circulation cannot be increased anymore. One more reason to invest in this crypto currency in due time! 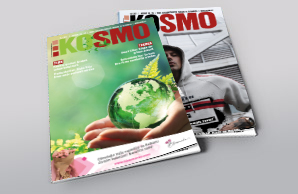 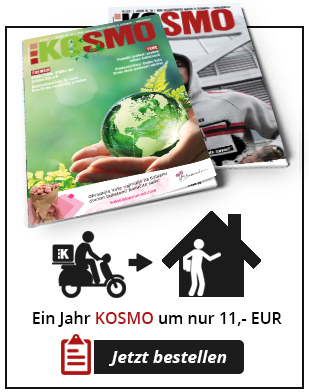