Rotharium records further successes – with immediate effect, the Austrian cryptocurrency is also accepted as a voucher beyond the borders of Austria.

In 2017 Tomislav Matić founded the company “Crypto Future” which shortly thereafter became one of the few companies that successfully carried out an ICO – Initial Coin Offering. The Rotharium cryptocurrency was released at the ICO, which has already been traded on the Bittrex Global, Stex and Uniswap crypto exchanges.

In September this year, the companies Crypto Future and Kurant GmbH finally joined forces to create great things for the cryptomarket: In addition to Bitcoins and Co. the Austrian cryptocurrency Rotharium will be added soon on the company’s Bitcoin machines. The last tests are already running and the release of Rotharium on more than 100 Bitcon-ATMs is planned for November.

The next big milestone was reached in October: Rotharium was added to the Bittrex Global trading platform with the trading pair RTH / USDT.

Now comes the next big step for Rotharium. The publisher of EXclusive Magazine in Slovakia decided to accept Rotharium as a voucher. If you want to book advertising in the magazine now, you can do so with Rotharium.

What: cryptocurrency and one of the first blockchain projects in Austria
On the market since: 2017
Platform: Ethereum
Today’s price (October 6th): 2.8 EUR
Current CoinMarketCap ranking: 1001
Where to buy: From stex.com, Crypto Investments Slovakia, Bittrex Global, some decentralized ERC20 stock exchanges and Bitcoin-ATMs
What for: As a means of payment between companies and consumers

“This year we had a successful collaboration with the company Crypto Future, whose CEO Tomislav Matić introduced us to the secrets of the world of crypto currencies. Based on this experience, we decided to accept the Rotharium crypto currency. I believe that we are the first publisher in Slovakia to accept cryptocurrency payments, ”said František Olah, editor of EXclusive magazine. 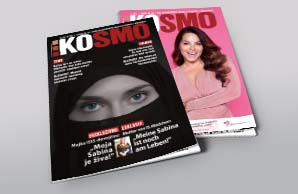